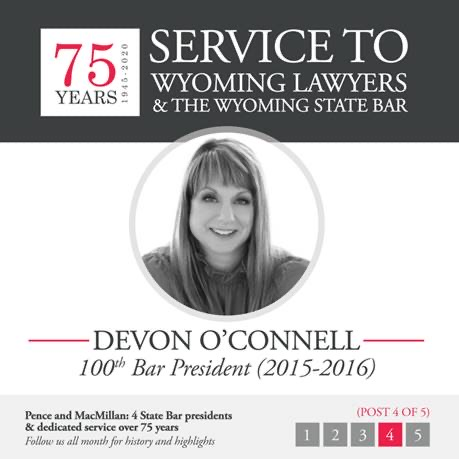 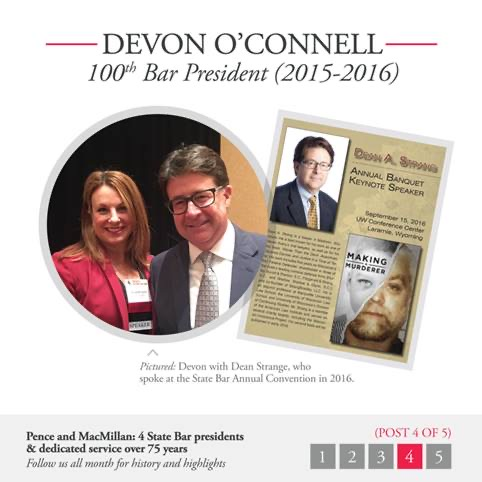 Post 4 in our series highlighting 75 years of service to Wyoming Lawyers features our most recent State Bar president, Devon O’Connell. Devon served as the State Bar’s president 100th president from 2015-2016. This week is especially fun to look back on Devon’s contributions, as her son, Isaac — who was born during her third year of law school — turned 21 in September!

Both Devon and Hoke MacMillan were featured in this year’s WSB passing of the gavel.