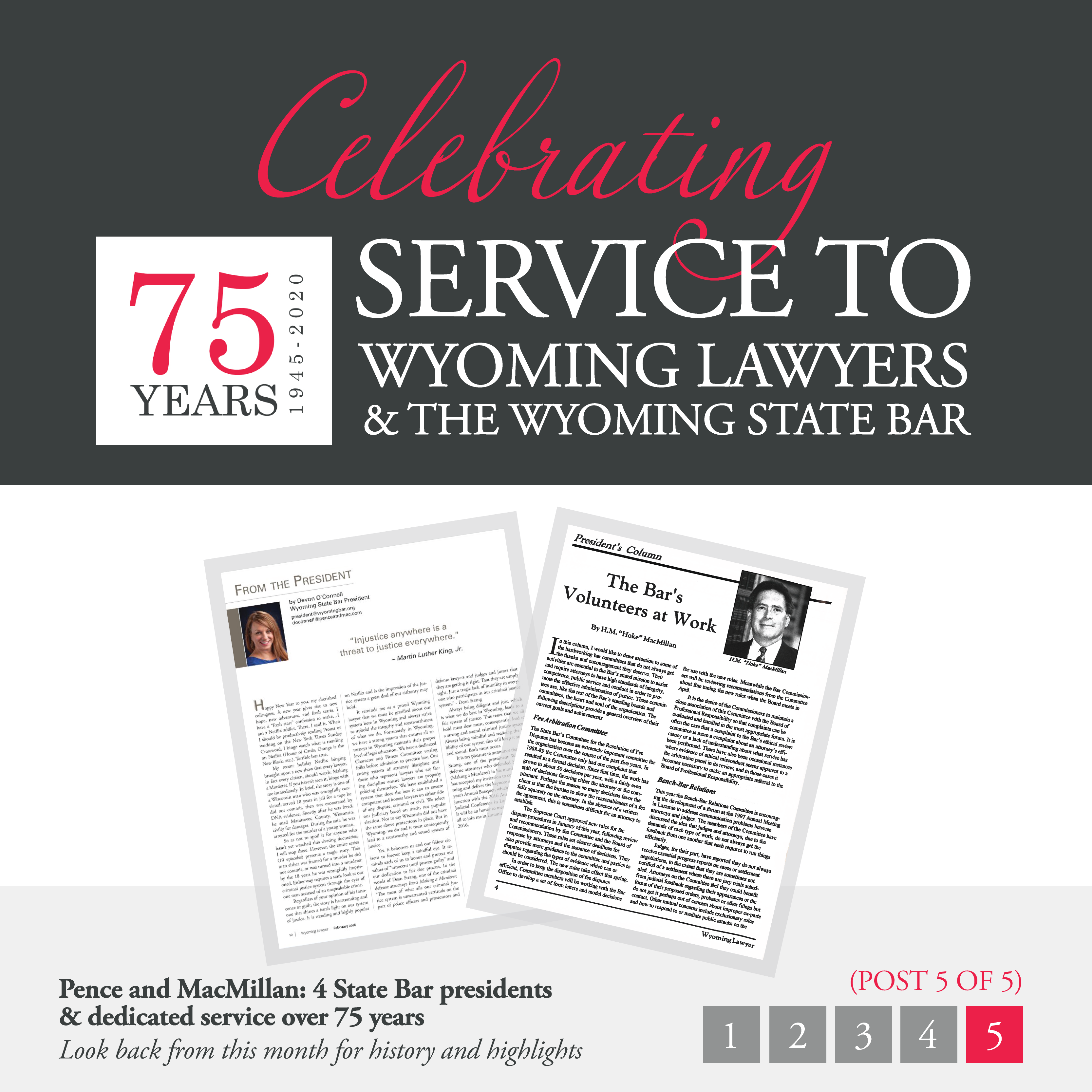 As we wrap up this series, our final post features the contributions of so many of our attorneys to the Wyoming State Bar. Over the past 75 years, we’ve had not only four bar presidents, but our attorneys have volunteered countless hours, including:

Megan Goetz served as a member of the State Bar Client Security Fund, was past chair and is a current member of Wyoming Supreme Court appointed Wyoming State Bar Board of Law Examiners.

Dustin Richards is a member of the Client Protection Fund Committee.

Cole Sherard is on the Criminal Pattern Jury Instruction Committee, and served as a commissioner for the Wyoming State Bar 8th District.

Greg Weisz served on editorial committee for the Wyoming Lawyer.

Crystal Stewart was just appointed to as a Member to the Young Lawyers section.

Jeff Donnell serves on and chairs the Board of Professional Responsibility.

Becky Klemt MacMillan was on the commission on Judicial Conduct and Ethics, served as acting Commissioner (Chairman), was an Editorial Committee Member and Chairman of the Wyoming Lawyer, and was Advisory Liaison to the Judicial Nominating Committee.

Paul Schierer served as a District Commissioner and on several boards.

Cheers to 75 more years of service to the State Bar and Wyoming lawyers!