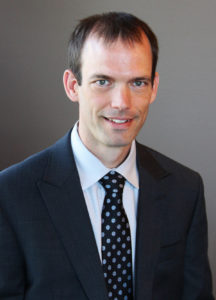 September 2018 (Laramie, WY) – Pence and MacMillan law firm is proud to announce the addition of Al Walsh as attorney with the Firm.

Walsh is a Wyoming native. After receiving his undergraduate degree from the University of Wyoming, he commissioned as an Infantry Officer in the Army where he served for a little over eight years. He deployed to Iraq three times before leaving the Army in 2012. In 2014 he began law school. While in law school he was the Editor-in-Chief of the Wyoming Law Review and received a pro bono award from the Wyoming State Bar for his work with veterans. Before joining Pence and MacMillan, Walsh served as a law clerk to the Honorable Judge Alan B. Johnson in the United States District Court for the District of Wyoming.

“Al is clearly a bright and dedicated young man who is already invested in our community,” says Jodi Shea, Managing Partner with the Firm. “We are thrilled to have Al join our team.”

Walsh’s practice with Pence and MacMillan will focus in the areas of civil litigation, business law, family law and criminal law.

“I am grateful to be part of the Pence and MacMillan team, and excited to get to work,” says Walsh.

Al and his wife Rebecca own Laramie’s Basecamp in Downtown Laramie. They have two children, William who is seven and Finn who is five. Outside of work, he says the four of them try to get to the mountains as much as they can.